ZODIAC LOVE COMPATIBILITY
Find out how compatible you and your partner are! 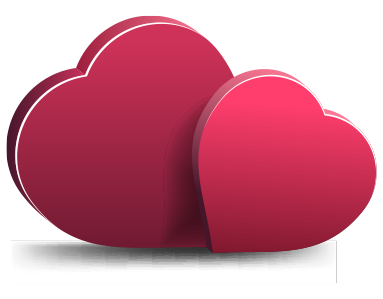 Compatibility Between Capricorn and Leo 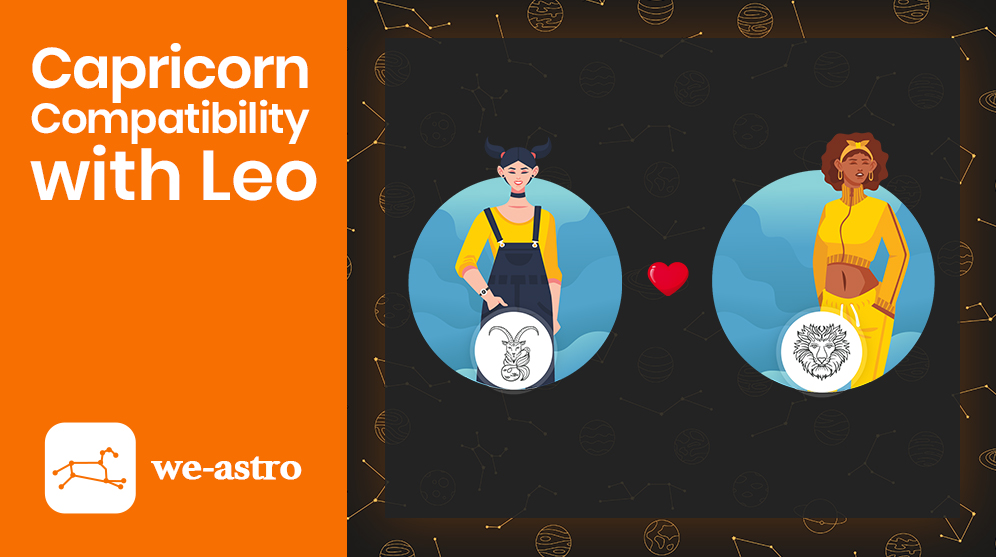 What is the Compatibility Between Capricorn and Leo?

Leo and Capricorn make an unusual couple. However, both are alphas with a desire for power, achievement, and status. When they see each other, there is some mutual admiration. Let’s have in-depth insights into their relationship:

How Is Sexual & Intimacy Compatibility Between Capricorn and Leo?

These two are a bit of a mixed bag sexually. They enjoy drama and enjoy playing mind games. There may be an intense build-up, similar to the other Fire signs until they let it all out in the bedroom. They can be lovers who pair up and don't feel anything or lovers who take their time praising their partner's body. When it comes to the bedroom, Capricorn is more traditional. They prefer long-term relationships to casual flings. They are comfortable in their routine and can be closed off during intimacy. However, once they have complete trust in their partner, they will be more ready to step outside of their comfort zone and express their sensual side.

If a Leo and a Capricorn had a one-night stand, they'd probably never have spoken to each other again. They move at different speeds, and Capricorn may appear to the lion as cold. This could be a good match if they're in a relationship. Capricorn will admire Leo's generosity with their love and affection, while Leo will admire Capricorn's sexual stamina.

How Is Trust Between Capricorn and Leo?

Capricorn understands what lies beneath their Leo partner's act. Capricorn's willingness to go to great lengths causes Leo's partner to question their own motives and entire personality. Lies appear to be impossible in this relationship, as each lie told is immediately returned. Capricorn sees behind Leo's radiance, and Leo sees through Capricorn's darkness. Nothing stays hidden for long, and whenever one of them tries to keep secrets, suspicion arises. However, they tend to trust each other in many situations because it becomes so obvious that there is no reason not to.

How Is Communication And Intellect Between Capricorn and Leo?

This duo's priorities are vastly different, but they both have a strong set of personal priorities. This will be difficult to reconcile, and these partners may waste too much time attempting to persuade one another that they are correct about what comes first. The issue is a lack of understanding that each of them has a distinct mission and role to play. It's pointless to demand that someone's priorities be changed when they should be different in the first place.

Their communication could be very satisfying and fulfilling for both of them if they respect each other well enough to accept some fairly significant differences. Capricorn will give Leo the depth and serious intentions they require, and Leo will help Capricorn find a more positive and creative perspective on every situation. Any plan they make could be perfect if they combine their organisational skills.

How Are Emotions Between Capricorn and Leo?

These two can be a difficult emotional match because they are so dissimilar. Leo, as a Fire sign, has no qualms about expressing their true feelings. Whether they're happy or unhappy, Leo will express their feelings to their partner, sometimes in a dramatic way. They'd have no qualms about causing an uproar in the middle of a quiet restaurant over something insignificant. They're warm, affectionate, and can't escape a majestic romantic gesture when they're in love.

Capricorn is not at all like that. They are more reserved with their feelings because they are ruled by Saturn. They have the ability to overcome their emotions in order to solve problems effectively, regardless of how they are feeling during arguments. This can be both a good and a bad thing for Leo. Leo will admire their partner's ability to solve problems, but they may be put off by Capricorn's coldness.

However, there is a benefit to their different emotional approaches. Capricorn is a patient sign, and Leo will be given the space they require to express themselves. Leo just needs to be careful not to do it while Capricorn is at work.

What Are Values Between Capricorn and Leo?

Both Leo and Capricorn place a high value on well-organized people, presentations, and strategies. Leo is not a planner; they prefer to go with the flow and plan only a few days ahead of time, and they admire Capricorn's ability to concentrate on the end goal and weigh each step along the way. Still, the sensitive, calm, emotional centre that Capricorn values are never found in a Leo, and unless they are truly inspired by their Leo partner, they may underestimate their own worth. Leo values direct, open-hearted people with big smiles, and as soon as they judge Capricorn for not always smiling, the relationship is over.

Again, the activities these partners might engage in are highly dependent on their priorities. If Leo decided to settle down, they might enjoy spending time in a traditional Capricorn way. In exchange, if Capricorn requires some extra vigour and energy, they will gladly join Leo in their activities and experiences. Good timing is the most important aspect of their relationship. When it doesn't exist, they will stubbornly refuse to do whatever the other person wants.

Leo and Capricorn may get along swimmingly if they meet at the right time. The main issue in their relationship is that they may not share the same set of priorities, as well as their shared passion and determination. Saturn and the Sun together is a difficult task, but once done, it reaps enormous rewards. The Leo could obtain, and the creativity they could develop together could propel them to their desired destination, regardless of whether or not their relationship would last. They are as different as the Earth and Fire, but they are unstoppable when they have a common goal.

You can match other sun-sign with Capricorn