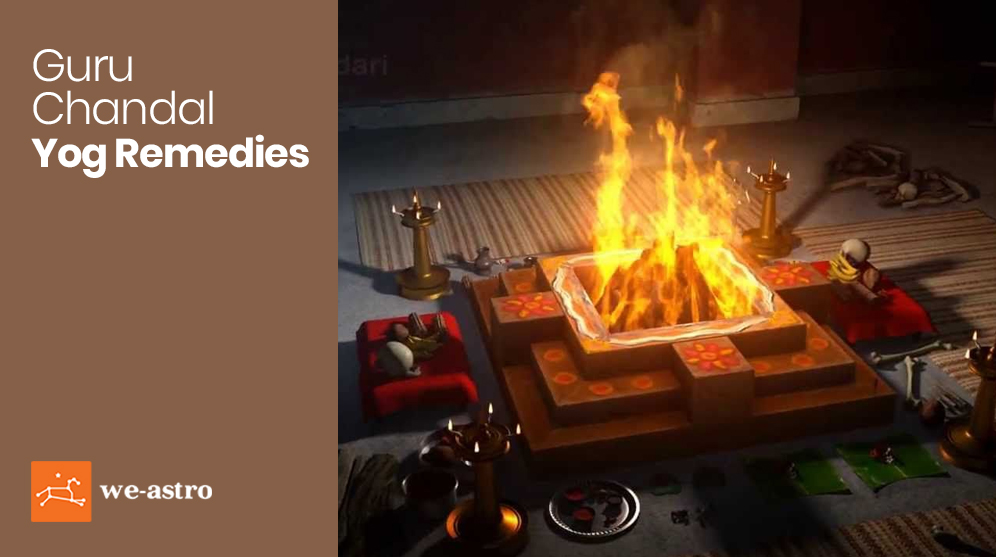 In this article, we will discuss everything you need to know about Guru Chandal Yog Remedies.

There are multiple planets and sometimes, the placement of the planet is so that an individual has to go through a bad situation, that might yield negative results and the individual might go through a tough time. These effects might be known as doshas.

Jupiter is known to represent wisdom, and Rahu is one of the most shadowy and dark planets in all of the Universe. Rahu has a vital role to play in this yoga and when it appears in the Kundali of a person, they are extremely troubled and they face multiple problems in their lives.

What are the effects of Guru Chandal Dosha?

Now we will dive right onto the effects of the Guru Chandal Dosha.

Now that we have discussed the effects, we will get into the remedies that can help an individual suffering from Guru Chandal Yoga.

So, these were the effects and remedies of the Guru Chandal Yoga. Keep faith in your heart and stay strong- that is the key to fighting against the negative powers.