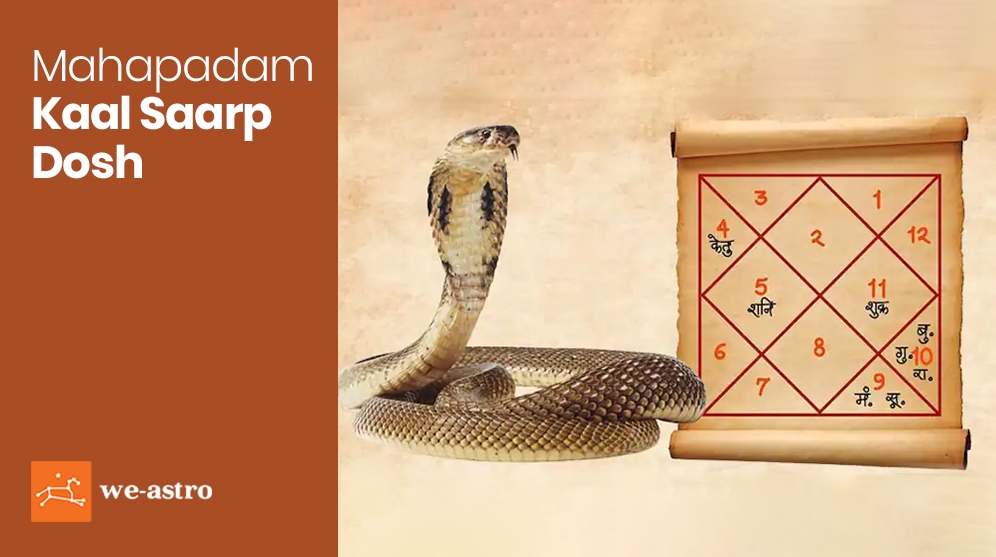 Maha Padam Kaal Sarp Dosh is such an alignment of planets in a person’s Kundali, that brings forth negative situations and unfavorable circumstances in a person’s life. While there are quite a few negative effects of this Dosh, one simply can’t overlook the positive effects and benefits.

There are a total of many yogas and doshas in astrology. But Maha Padam Kaal Sarp Dosh is one of the most intimidating and frightening doshas. If it occurs in the Kundali of a person, one simply can’t predict what’s going to happen next.

Hope this article was helpful. Stay tuned for more such astrological content. To know more about the remedies, feel free to get our online astrology consultation here.