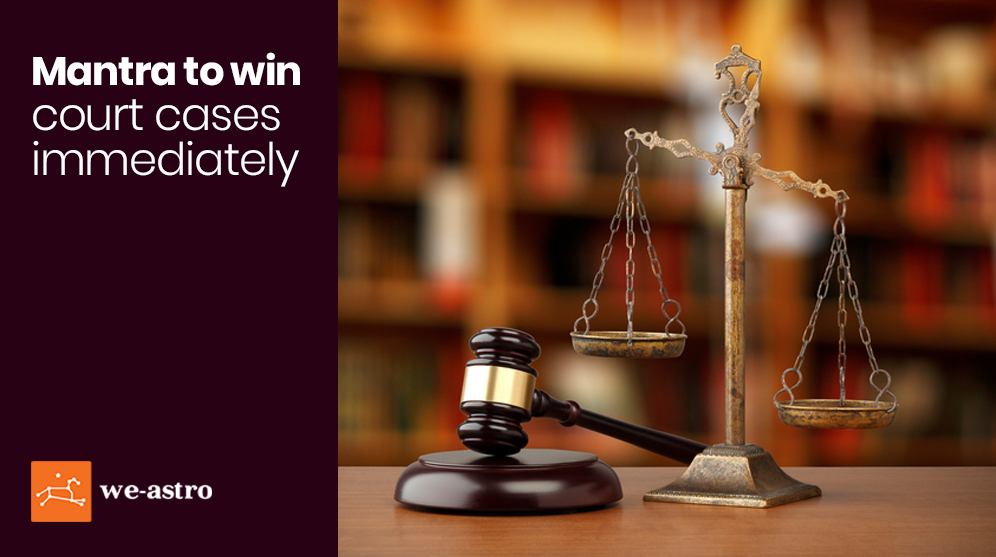 Are you struggling to win a court case? In this article, we will discuss the mantra to win court cases immediately.

There are some things in life which are not under our control, and our enemies are one of them. They can cause us so much trouble, that we might get tired and they might even drag this to the court.

In such cases, we cannot break down. We have to stand strong and combat them with all our power. A good lawyer is indeed important, but it is also very important that we have good luck. It is believed that there is a mantra which helps an individual to win a court case because the situation might be so that nothing seems to work in your favor. This is where the mantra helps, as it not only helps you to get protection from your enemies, but also to win the court case.

Now let us see what this mantra is.

This mantra is dedicated to Goddess Kali, the epitome of strength and power. She is not only one of the most powerful Goddesses, but also one of the most important ones. It is believed that Maa Kali is very much inclined towards her devotees, and if you wish something from her, she always grants it.

Maa Kali is also the protector who always looks after her devotees. She is believed to have the power of all the male Gods, and the brilliance of Maa Durga as well. There is a spark in her, that shows light to her devotees and it diminishes when the enemy comes near to hurt them. Her body is also bathed in ashes, which is believed to be the ashes of the demons who she slayed. She is also known as Bhavatarini, who is the redeemer of the Universe. When there was darkness all around, her Bhavatarini form came forward and saved the universe from sinking into the negative darkness.

She is also the Adi Vahadiya, who is the first among all the other Mahavidyas, and also the most important one. She is basically the center of everything, and there is no power or force that is stronger than her.

Her wrath is unimaginable, and if it falls on someone, that person will suffer until and unless they redeem themselves. She is the destroyer of evil, and also the representative of positivity.

How to chant this mantra?

Here are the directions to use this mantra:

Hope this article was helpful. If you need help in winning a court case, you can always consult our astrologers here.